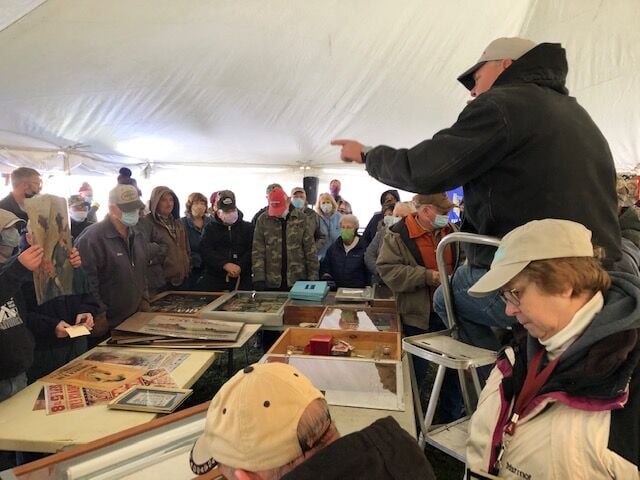 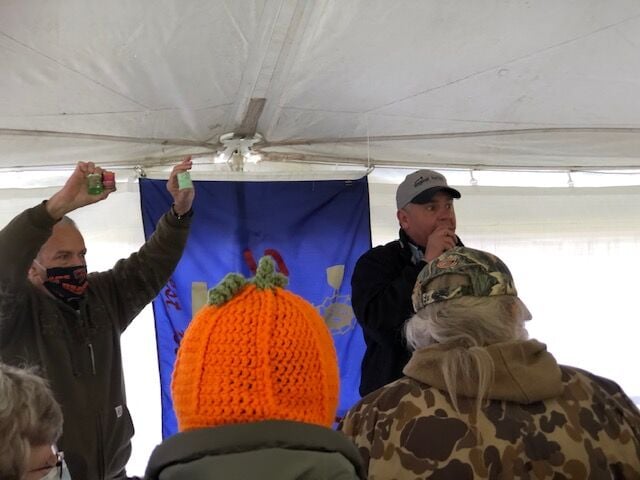 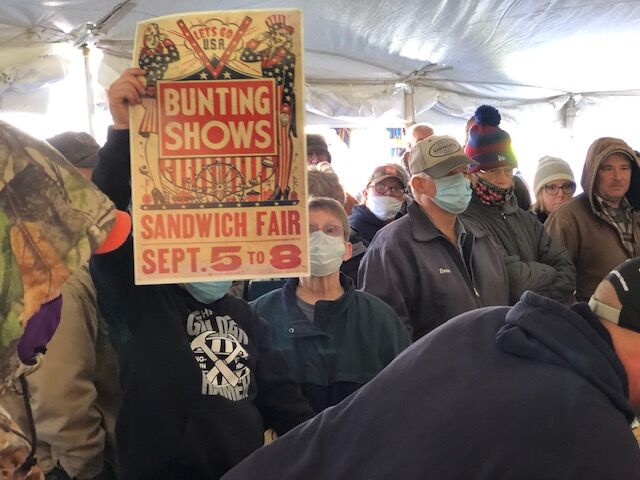 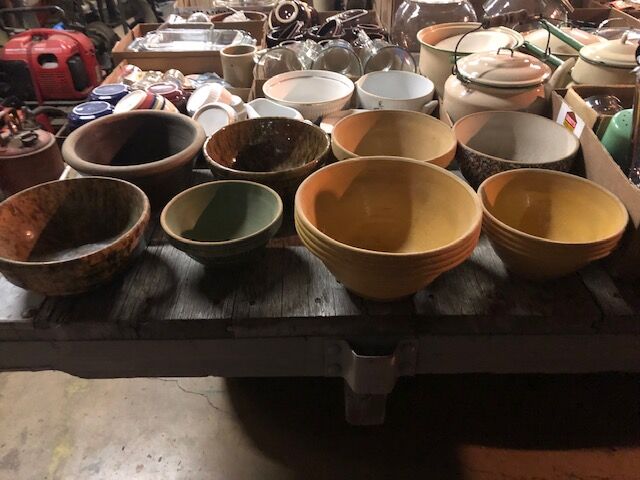 Items for sale from the collection of Barb "Boots" Hoffman who passed away this summer. (WSPYnews.com photo by Mark Harrington).

Items for sale from the collection of Barb "Boots" Hoffman who passed away this summer. (WSPYnews.com photo by Mark Harrington).

Barb Hoffman was a collector of history, whether it be a photograph or a good story.

Nicknamed “Boots” as a child for her red boots by her grandfather, she passed away at age 85 this summer.

But on Saturday, people filled her yard on Center Street in Sandwich for a six-hour party.

Collectors were eyeing each other and planning strategies. Others were there just to celebrate Boot’s life one more time.

There were local advertising pieces like yardsticks, ashtrays, pens, coins, pencils and thermometers, and throw in a pot belly stove from the old Plano Library. A Sandwich milk bottle reached $520, a Sandwich Fair poster $850, an album of century-old business trading cards for $1,000, and that rare 1992 red Sandwich Fair toothpick holder topped $1,250.

Three different auctioneers bantered in two rings, 11 hay racks, and 15 showcases under a circus-like tent. This was auctioneer Chris Wegener of Somonauk.

But the day’s bidding war boiled over between two well-known collectors from Sandwich. Up on the auction block were 400 real photo postcards of Sandwich from 120 years ago. In the end, the sold call sounded at $5,400.

Then there was Luke Fatland who competed with Matthew Potter for a rare Sandwich Fair harness racing promotional poster. The final price, well...

The bidding was fierce for an 1865 coin awarded to the Sandwich Manufacturing Company for best corn sheller between a Sandwich man and man from Texas.

People looked over two of 20 tables, browsing through Sandwich High School yearbooks and finding photos of their parents. Others were nodding heads or raising hands, scooping up Sandwich Fair collectibles from an 1889 ticket, ruby-stained souvenir glass from the early 1900s to posters of grandstand acts to a wooden bird house model of the Home Arts Building and a bevy of toothpick holders.

While the Sandwich Fair was cancelled this year, just for a few hours on Saturday, people enjoyed the fair in Boots’ backyard one last time.

You can listen to Mark Harrington's radio story here: