The lawyer for Old Second National Bank has upped the ante in the bank's lawsuit against the City of Sandwich.

In a Motion for Leave to File an Amended Complaint, the bank's attorney accuses former Sandwich Mayor Tom Thomas of telling City Engineer Tom Horak to "keep quiet" about drainage problems at the Sandwich Commons development on the east side of town.

Old Second owns the lot at 3550 Drew Ave in the Sandwich Commons development, just east of the Montcler Hotel, formerly Timber Creek Inn and Suites.  The bank claims the lot is worthless because of drainage issues.

Old Second is suing for an undisclosed amount, the bank arguing in the suit that the city administration knew of drainage problems but let the development proceed in 2004.

Old Second claims that Horak testified in the deposition that former Mayor Thomas told Horak "to keep quiet and be a team player if he [Horak] wanted a continued career with Sandwich."

Tait Lundgren is the attorney for the City of Sandwich, and Lundgren says that he has always found City Engineer Horak to be "forthcoming to all and a straight shooter."

Lundgren told WSPY News he has never spoken to former Mayor Thomas, and Lundgren said on Dec. 16 that the City of Sandwich believes the Old Second land can be developed.

Sandwich City Attorney Tate Lundgren on the land at 3550 Drew Ave. being suitable for building.

Old Second attorney Amoni argues in the motion for the Amended Complaint that former Mayor Thomas knew about the retention and drainage problems on the property.

The amended complaint also names Ralph Webb, who was one of the developers of the Sandwich Commons.

The complaint states that Webb "was a close friend of [the] Mayor of Sandwich at the time Sandwich Commons was under consideration."

The amended complaint to the lawsuit also argues that Webb and perhaps others profited from the development and the approval of Sandwich Commons.

And former Mayor Thomas said the only drainage problem at Sandwich Commons was fixed.

Voice mail messages left for Amoni and Horak were not returned. 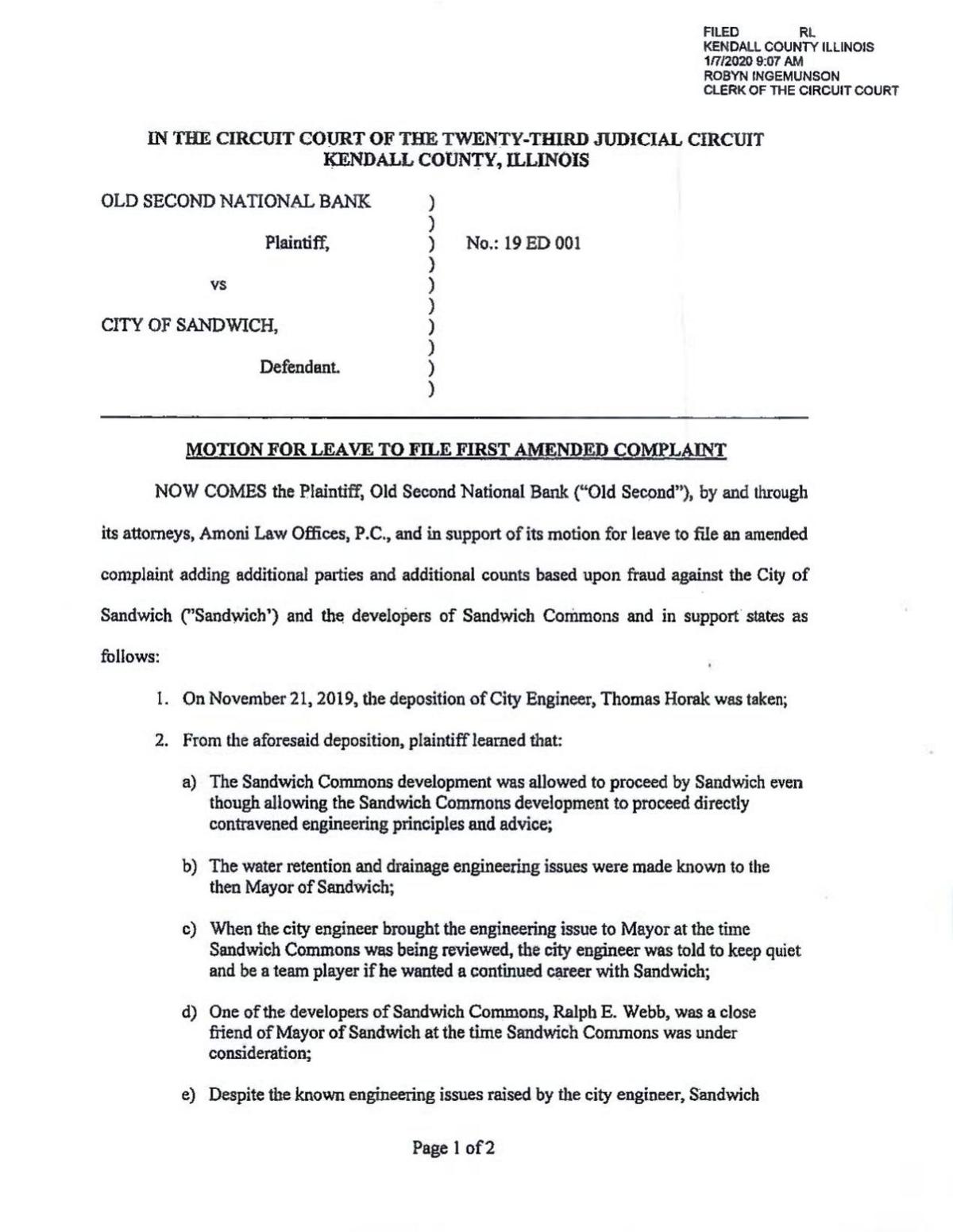 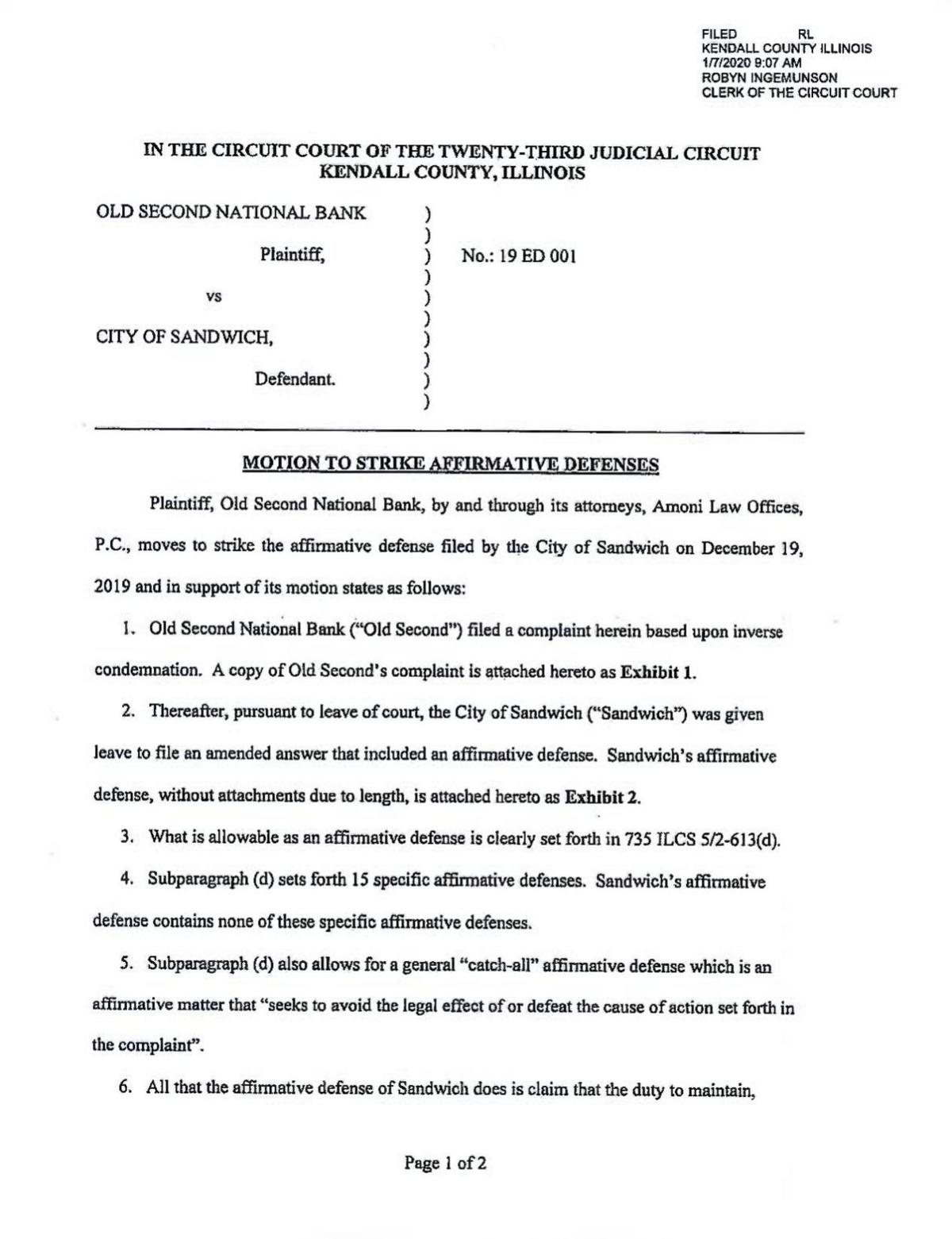