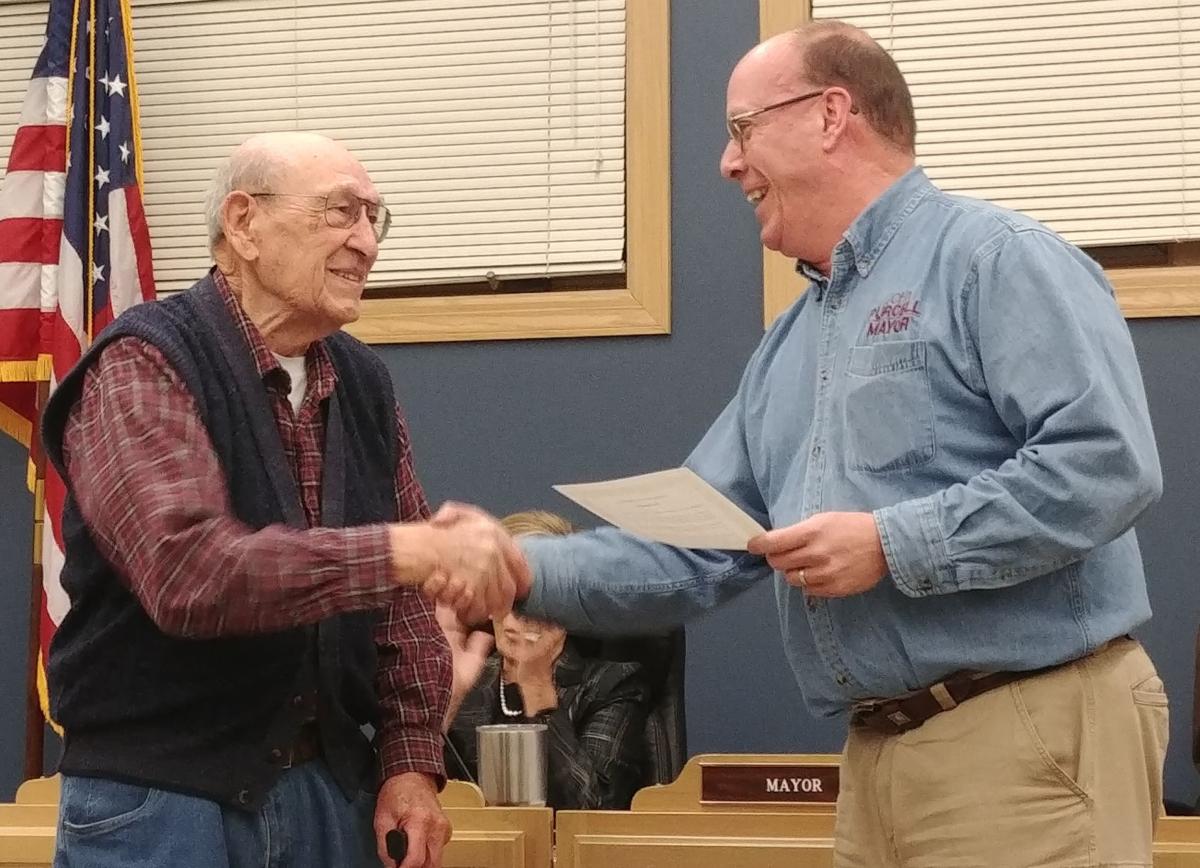 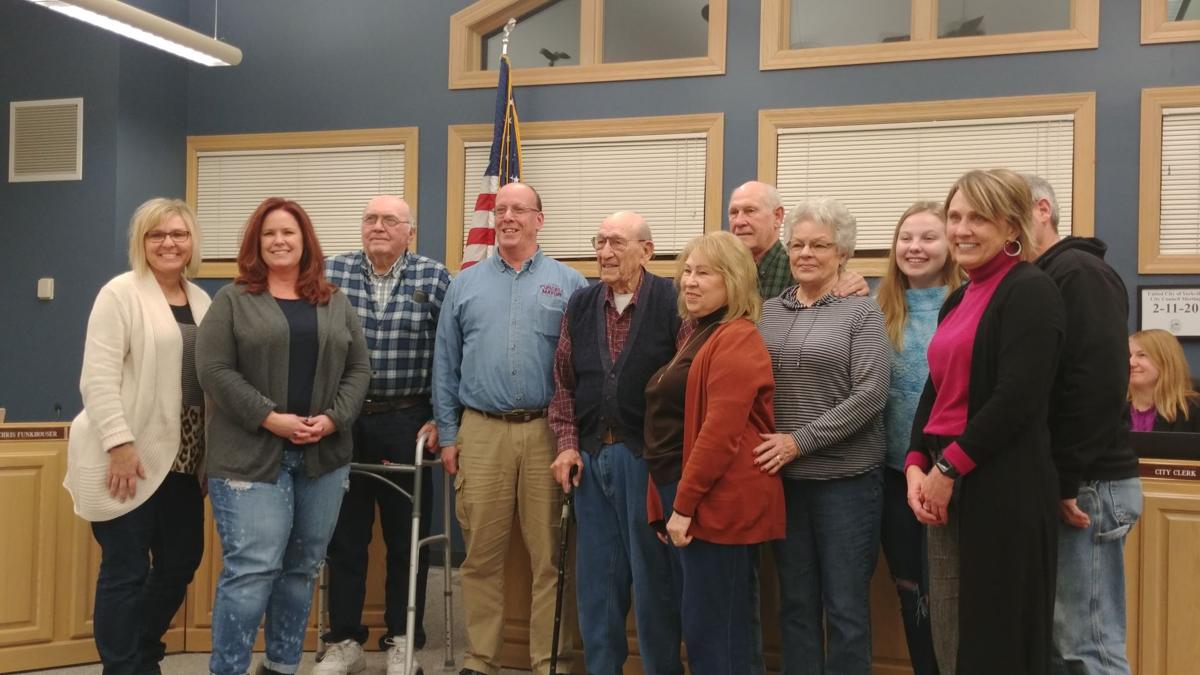 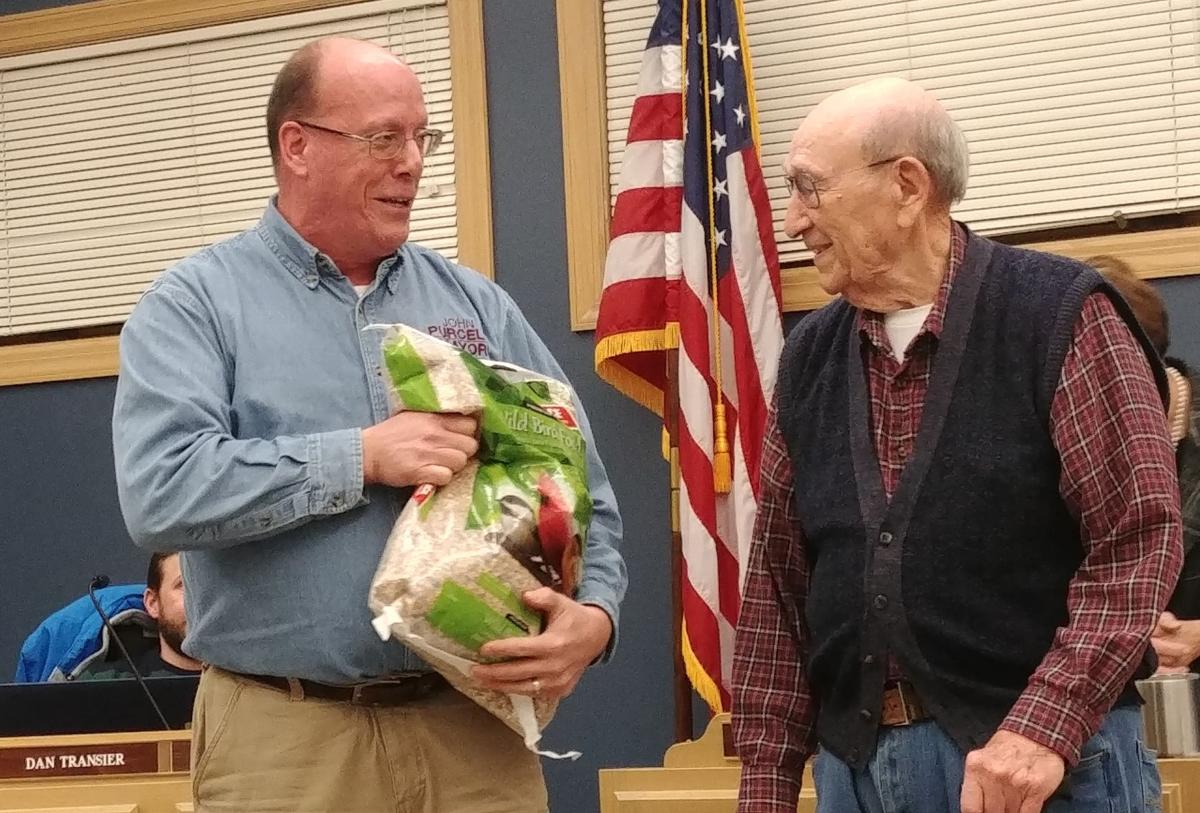 Surrounded by family and friends on Tuesday night, a 100 year-old Yorkville resident received praise from the city in a celebration of the milestone birthday.

Those in the council chambers sang happy birthday to resident John Schneider who officially turned 100 on Monday. Schneider owned and operated Schneider's Hardware and Appliance store in Yorkville for several years and was also a past building and plumbing inspector.

Schneider is a member of the local American Legion, Lion's Club and Masonic Lodge, as well.

Mayor John Purcell read and presented a proclamation to Schneider.

Additionally, the mayor, who owns an Ace Hardware, gifted Schneider with a bag of bird seed.

You can view photos of the city's celebration of Schneider, above.

In city business, Yorkville aldermen unanimously approved a re-done special use permit for a solar field to help power the Kendall County Government Campus on John St. in Yorkville.

In 2018, the city council approved a special use permit for a free standing solar structure that will be on 7.4 acres of land consisting of around 6,400 solar modules.

The developer, GRNE Solar, requested a new special use, largely due to cost which led to requested changes in fencing and some landscaping.

Kendall County Administrator Scott Koeppel, who was in attendance on Tuesday, told WSPY that the county was pleased with the re-approval and indicated the construction of the solar structure should begin this year.

In other items, a boundary line agreement with the city of Plano was also unanimously approved. Of the last changes, both municipalities agreed to essentially shift a portion of the boundary line westward to follow the reconstructed Eldamain Road centerline.

The agreement extension is in effect until 2039.