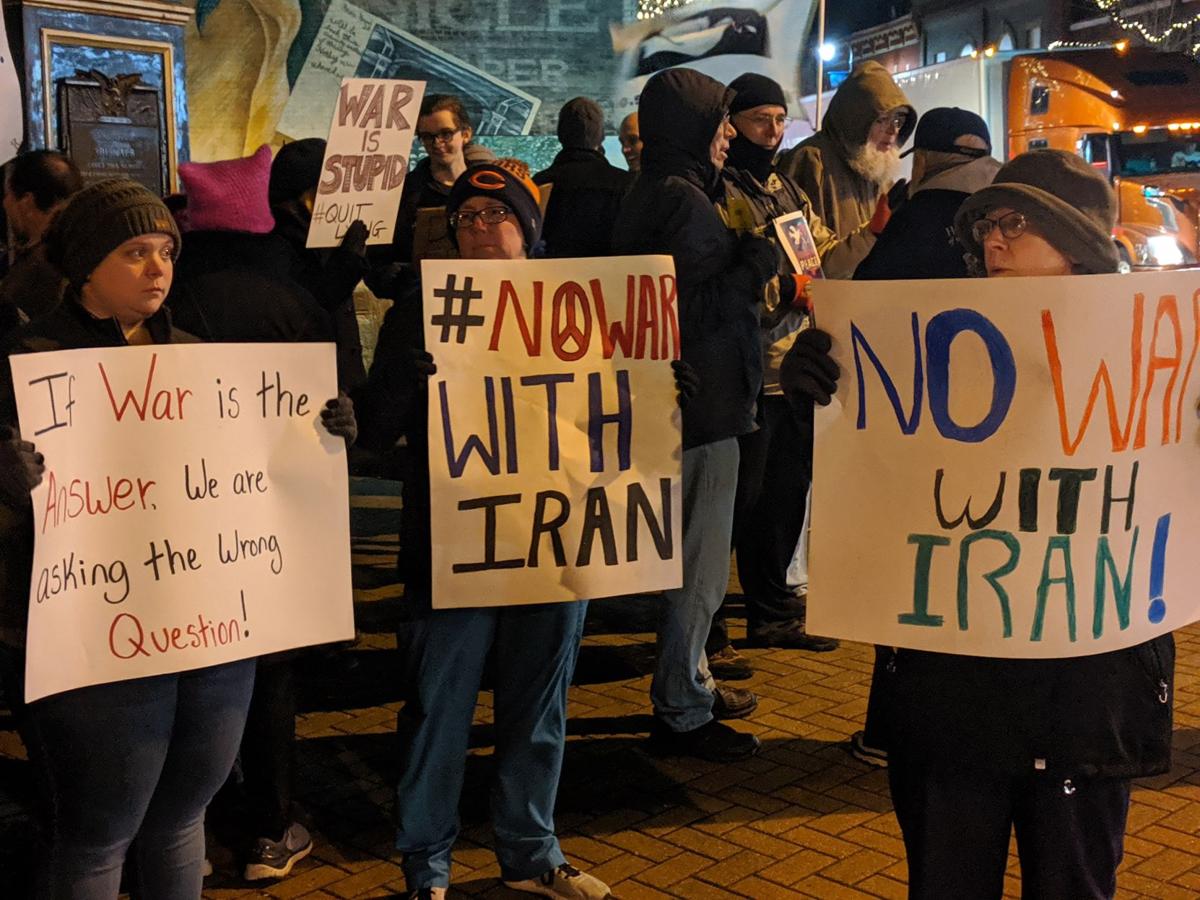 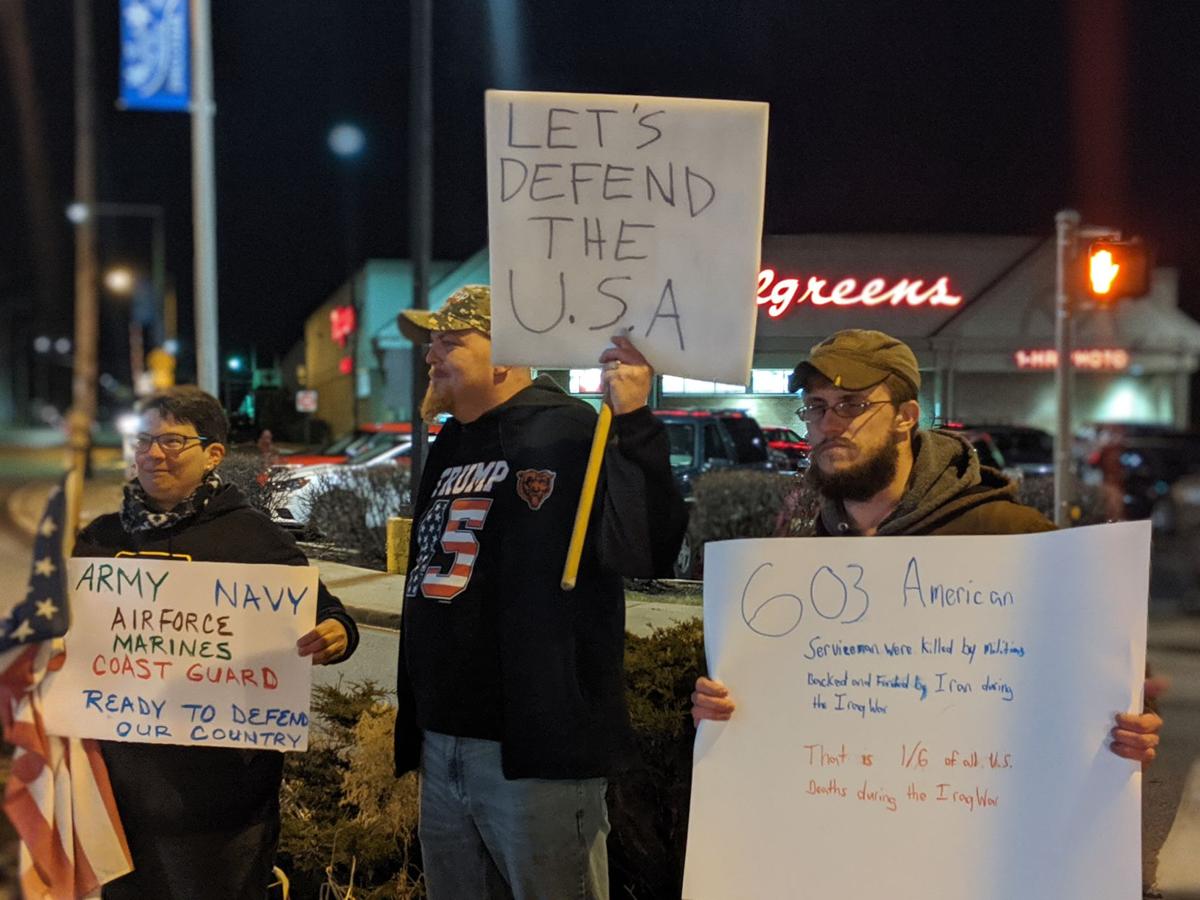 A small counter-demonstration was held across the street from Thursday's Peace Rally in downtown DeKalb. (WLBK photo)

A small counter-demonstration was held across the street from Thursday's Peace Rally in downtown DeKalb. (WLBK photo)

Our sister station WLBK reports that people rallying in downtown DeKalb against recent military strikes in the Middle East don’t trust the president’s motives, while a smaller group came out to show support for the president and the military on Thursday night.

That was the singing of “God Bless America” by some of the around 100 people who gathered Thursday night at Lincoln Highway and First Street to oppose military action in the Middle East. Among them was Kim Smiley of DeKalb.

Across the intersection was a counter-demonstration made up of four people. Jeff Heine of Sycamore supports the military action. A U-S drone strike killed Iran’s top general. Heine says the U-S is under attack by the Iranians.

The messages at the Peace Rally weren’t all just quiet calls for peace. Michael Geline, who works at NIU, was adamant as he questioned President Trump’s motives.

But across the intersection, Pat Azzarello of DeKalb – whose son is in the Army - says now is not the right time to demonstrate against the president.

Many young people took part in the Peace Rally. With military action in the mid-east ongoing for nearly two decades, Christa Hoecherl of Sycamore hopes she’ll see it come to an end.

Despite the opposing views, both demonstrations, Thursday night, were civil.