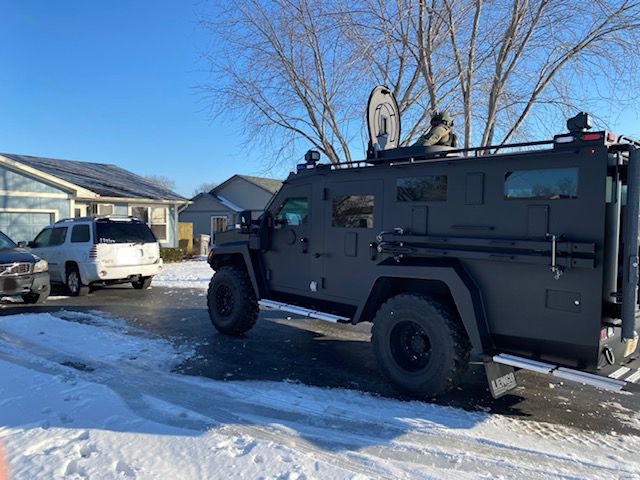 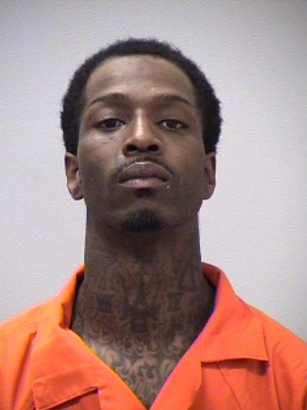 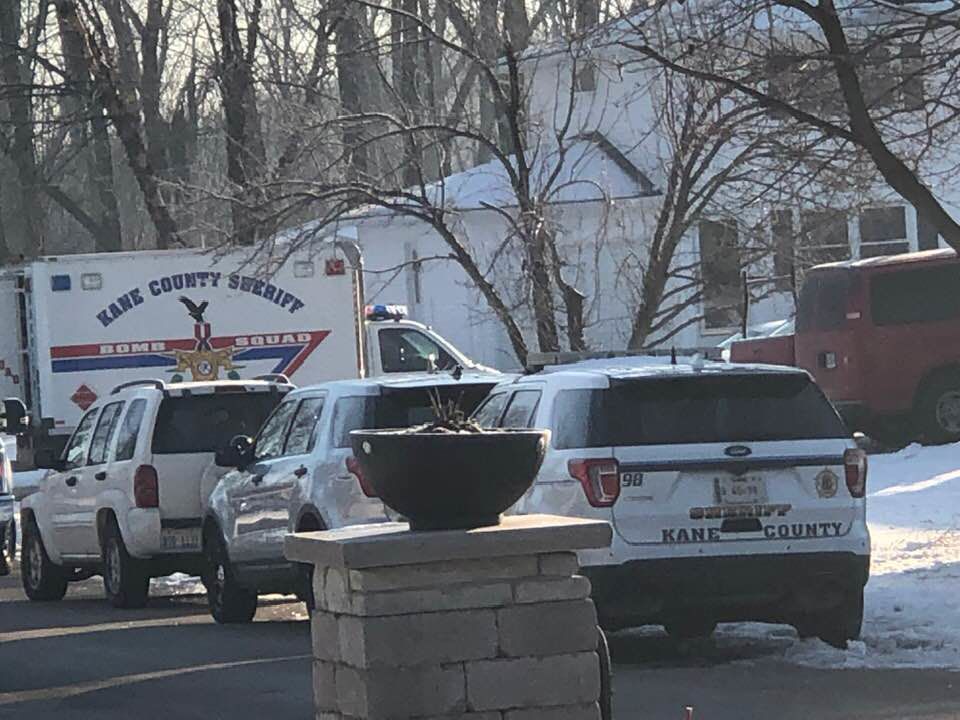 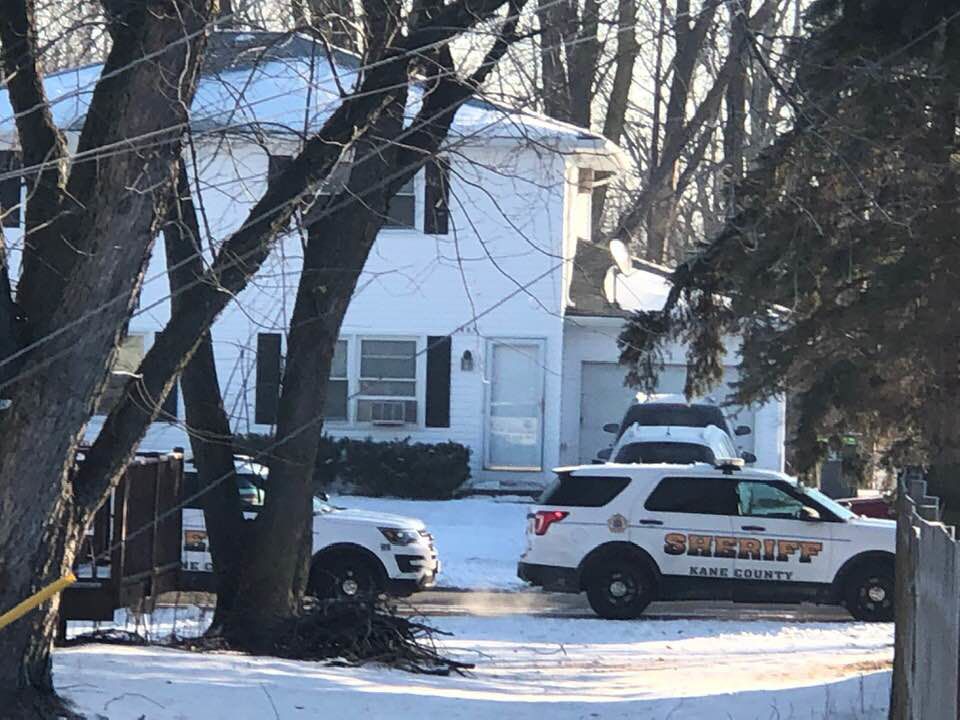 For over three hours, Montgomery and Kane County Sheriff Deputies were waiting for a wanted Michigan man, who is accused of murder and three weapon charges, to peacefully surrender from a home in the 700 block of Oakton Rd. in Montgomery.

That location is bounded by Route 30, Aucutt Road, Orchard Road and Kevin Drive, west of Route 31. For a short time, a portion of Route 30 was shut down.

Police were after Scott Jones, age 35, who was inside the duplex.

Gengler said the female infant was under age one. Authorities did not know if the child was related to Jones.

West Aurora School District 129 was notified of the incident, according to Gengler.

Some residents were unaware of what had occurred.

Montgomery Police initially responded to a domestic disturbance report at 5:15 a.m. but learned that Jones was inside during the call. Three adults and two children also had left the house. Police reports indicate the residence was connected to a relative of Jones.

The US Marshall’s Task Force had been searching for Jones since September. Jones had shot and killed a 20-year old man in Kalamazoo, Michigan.

It's not clear if any additional charges will be filed against Jones in Illinois. No injuries were reported. Jones will be extradited back to Michigan.

Kane County Sheriff's Office officials say authorities have taken a Michigan man into custody, who was wanted in a Michigan homicide case.

Thirty-five-year-old Scott Jones is the man who was wanted. He was seen in a duplex apartment in the 700 block of Oakton Rd. in Montgomery.

Our Mark Harrington was live at the scene.

Authorities say Kalamazoo, Michigan Police issued an arrest warrant in September of 2019 for Jones in Kalamazoo. He was wanted for allegedly murdering a 20 year-old by the name of Antonio Reese-Manley who was shot at a Kalamazoo apartment complex. Jones is charged in Michigan with Open Murder, two counts of Possessing a Firearm on a 3rd Offense, and Possession of a Firearm by a Felon.

It's not clear if any additional charges will be filed in Illinois. Jones will be extradited back to Michigan.

In an update, authorities say that at approximately 5:15 a.m. on Tuesday, Kane County Sheriff’s Deputies and the Kane County Regional SWAT team were requested to assist Montgomery Police and the US Marshall's Service.

During the incident, three adults and two children left the house leaving Jones and the female infant inside the home. When SWAT entered the house around 8:50 a.m., the infant was still asleep and was found uninjured.

Jones was taken into custody without incident.

Several roadways were blocked off Tuesday morning but have since reopened.

Stay tuned to 107.1 FM WSPY for a full report on our news throughout the day.