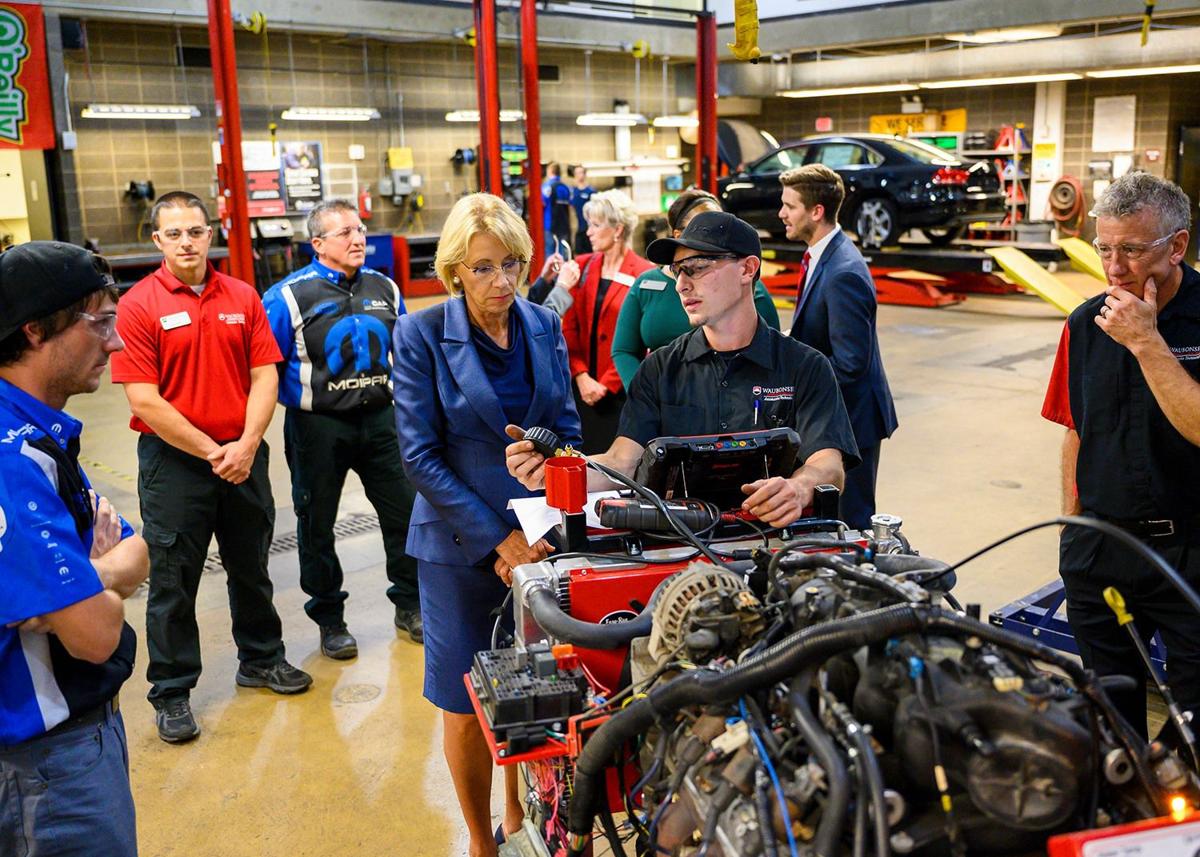 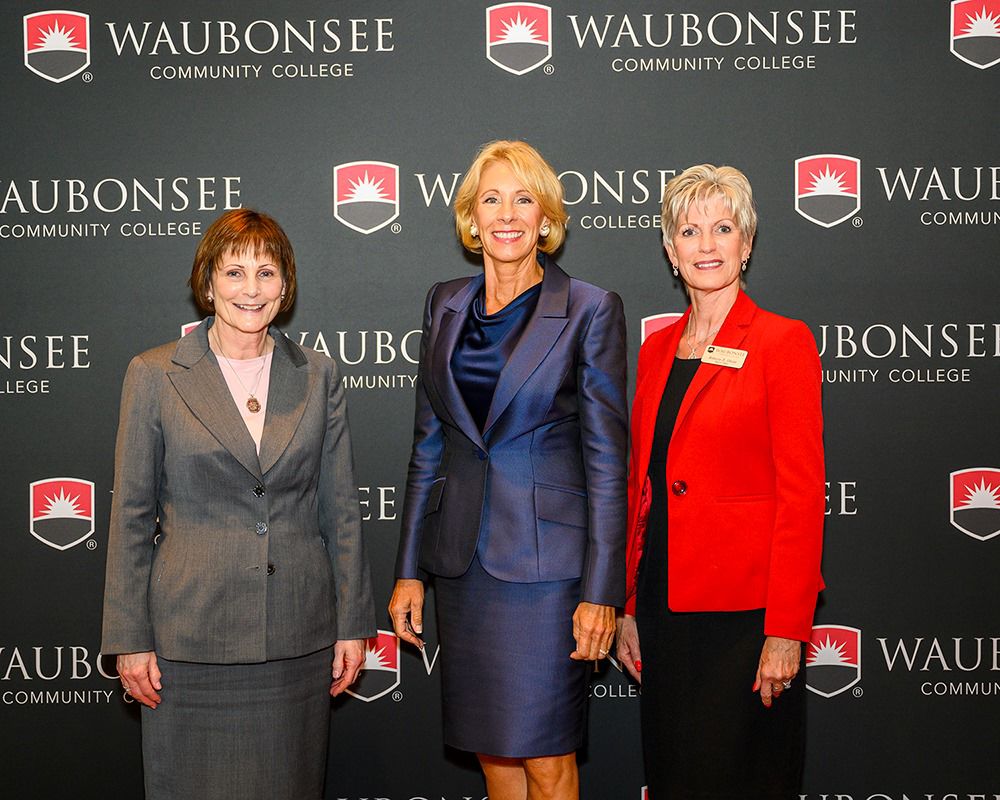 U.S. Secretary of Education Betsy DeVos, appointed under President Donald Trump, made a non-publicized visit to Waubonsee Community College in Sugar Grove on Monday and the stop has caused some controversy.

DeVos, who also visited a high school in Rockford, was not announced to press or the public to be coming to Waubonsee and the visit, published by the school after it already happened, has led to a near 400 comments on the school's Facebook page from alumni, students and community members criticizing the lack of notification.

The Rockford visit, that was publicized, led to protests at the school and a statewide day of action and protest called for by union leadership with the Illinois Education Association that represents 135,000 teachers in Illinois.

In a post, Waubonsee posted photos of DeVos' visit to Sugar Grove with the caption that school officials, "were honored to welcome the United States Secretary of Education, Betsy DeVos, to the #Waubonsee #SugarGroveIL Campus."

Officials said in the post that DeVos toured the Automotive Technology, Manufacturing & HVAC facilities and held a round-table discussion with several students and faculty members.

The post thanked DeVos for stopping by with a hashtag, "#WelcomeToWaubonsee."

DeVos also tweeted about the visit. She said, "thank you to Waubonsee for hosting me [Monday] and showing me the many things you are doing to serve students, break down silos between business and education, and ensure your graduates have the skills they need to find in-demand, high-wage jobs."

Amanda Geist, Executive Director for Marketing and Communications for Waubonsee told the Chicago Tribune that DeVos' visit, "was coordinated and scheduled through the U.S. Department of Education and the community college followed the department’s recommendations for "logistics and notifications."

Geist also told the paper only faculty and students in the programs DeVos toured were given advance notice.

Since the visit, a civil and human rights student group at Waubonsee known as "MEChA" have made public statements and say they plan to attend the school's board of trustees meeting on Wednesday evening to voice concerns about the visit.