The superintendent of the Oswego 308 School District announced Saturday in a letter to parents that he will recommend a fully remote learning plan for the start the school year at Monday's board of education meeting.

Supt. John Sparlin says the district can't overlook the seriousness of the health situation. He says his recommendation for remote learning is based on the rising number of cases in the area and guidance from state and health officials.

Sparlin says the remote learning plan for the fall will look different from the one implemented in the spring and will have much more student and teacher interaction. He says he'll reveal more details and reasoning at Monday's board meeting set to being at seven online and at Oswego East High School.

In a survey sent to parents, 84% selected in person learning over remote. The district had proposed a hybrid model where students would have a combination of in person and remote learning.

You can view the letter to parent below: 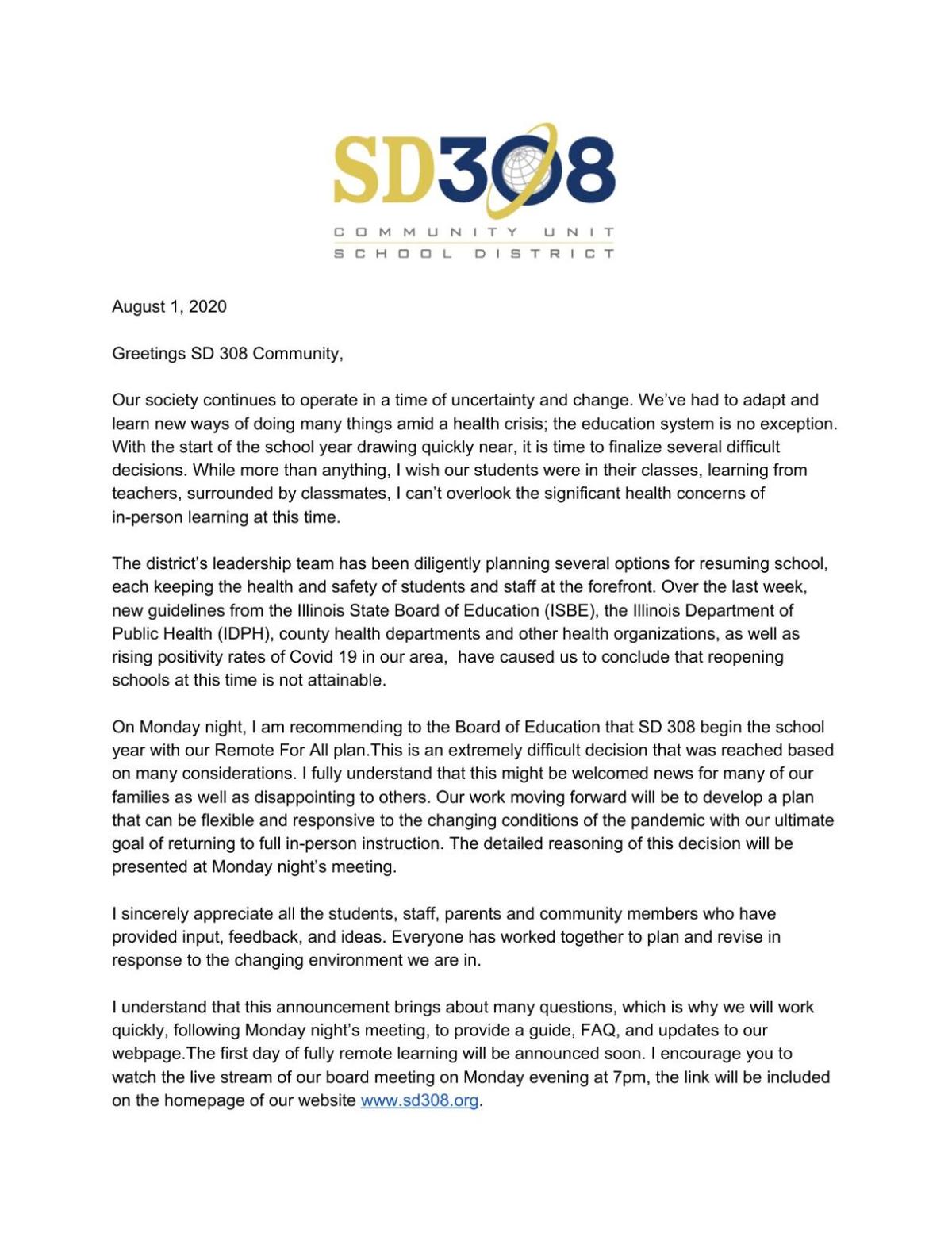