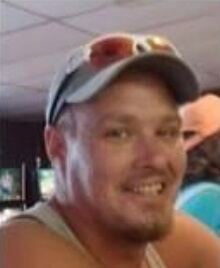 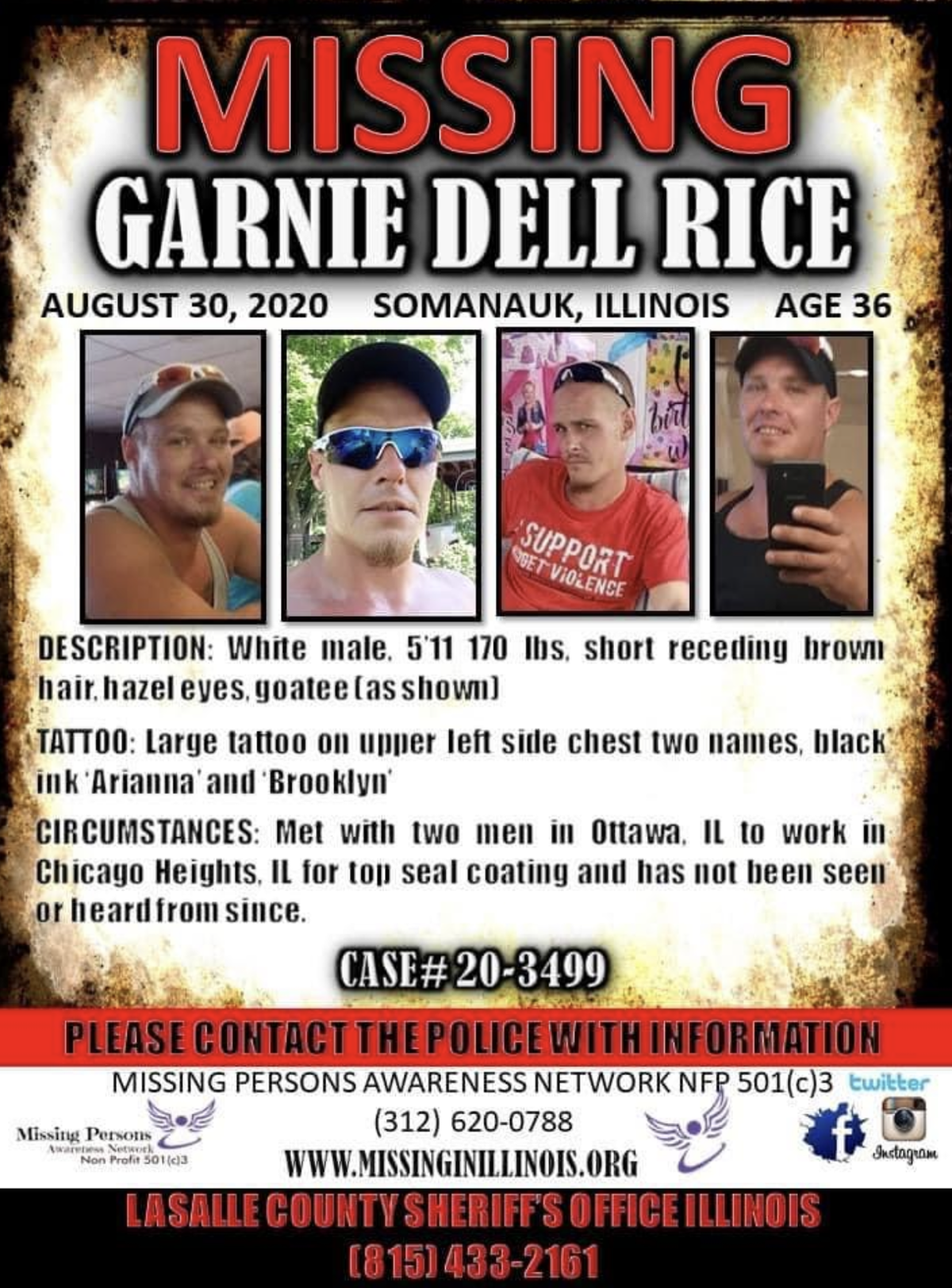 The search for a missing Somonauk man is continuing. 36-year-old Garnie Dell Rice was reported missing in late August. His family is offering a $5,000 reward, plus around $2,000 raised on the website gofundme for information.

As of Tuesday, the LaSalle County Sheriff's Office says there are no updates in the case.

Garnie is said to have been going to work on a seal coating job in Chicago Heights when he went missing. He met two men in Ottawa beforehand.

He's described as white, five feet eleven inches tall, and about 170 pounds. Garnie has short, receding, brown hair, hazel eyes, and a goatee. He also has a large tattoo on the upper left side of his chest with two names - Arianna and Brooklyn.

Anyone with information on his whereabouts is asked to contact the LaSalle County Sheriff's Office at 815-433-2161.