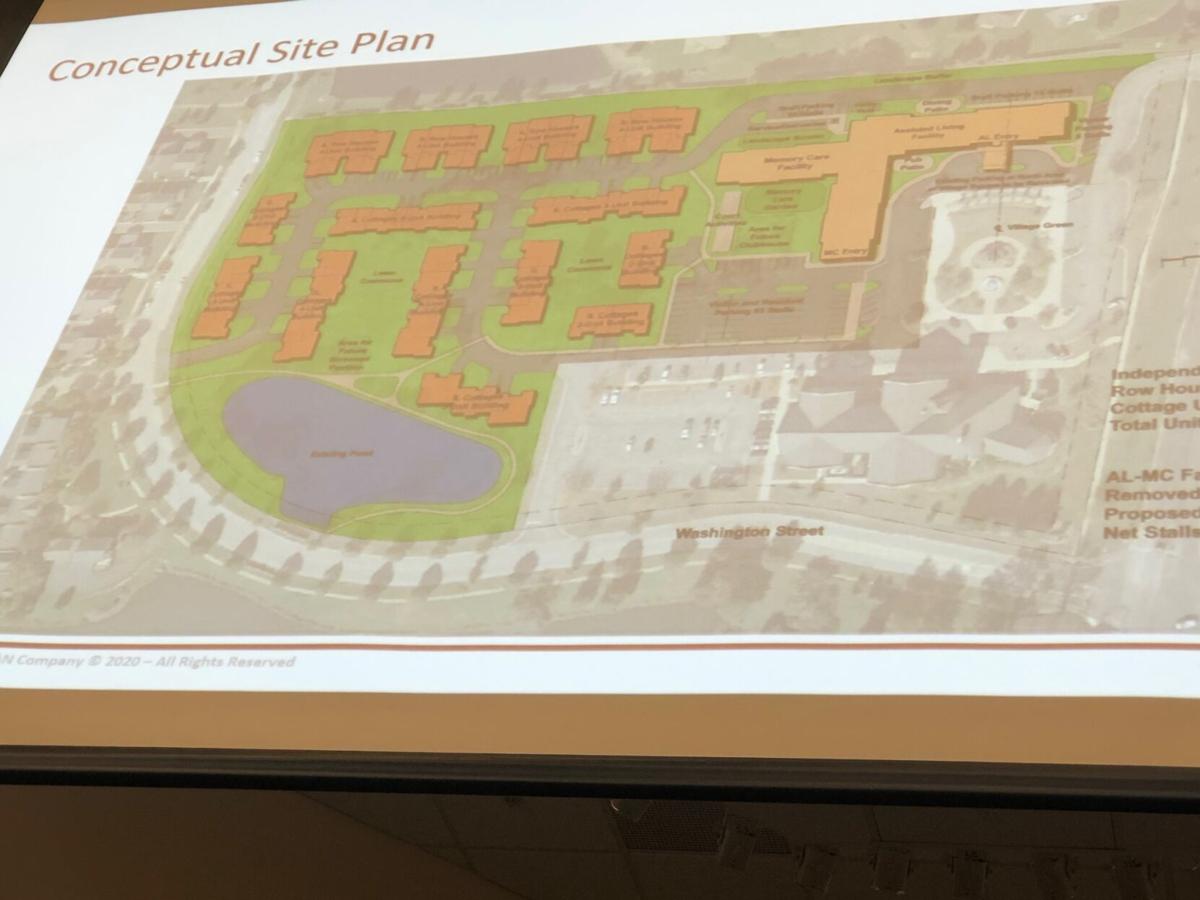 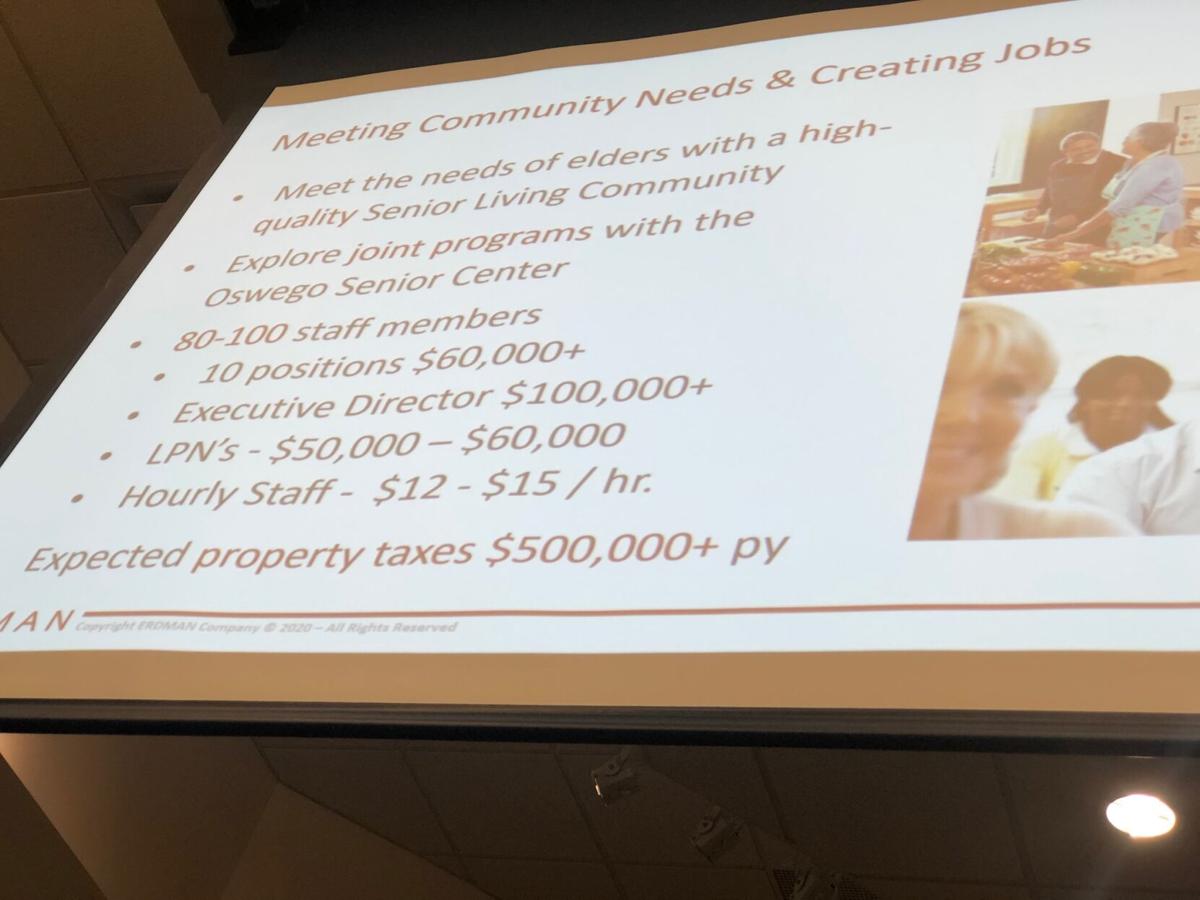 Rejected by a 3-2 vote, a Madison, Wisconsin firm will have to redesign a concept plan and come back to Oswego for its senior living community.

Charlie Pajor, Rick Kuhn, and Rebecca Stine voted against the plan presented to the Oswego Plan and Zoning Commission, an advisory group to the Oswego Village Board, which will review the plan Tuesday. This is Plan Commission Chairman Pajor.

The senior housing by Charter Sr. Living, LLC features 142 units, 47 for independent living in one story cottages or row houses, and 66 assisted living and 29 memory care units in a three story building, all at the vacant 11-acre northwest corner of Route 31 and Washington Street across from the Oswego Village Hall.

Kuhn took issue with the plan.

Stine’s opposition appeared centered on this.

The senior community complex would provide $500,000 plus in property taxes annually while employing 80-100 people. Local sub-contractors would be used to construct the facility, which is expected to start building in March 2021 and opening in summer 2022 likely.

Currently, the zoning allows R-4 multi-family townhomes and B-2 zoning for small businesses and offices.

Karl Lueschow of Erdman, the Wisconsin design firm, talked after the meeting about the 3-2 no vote.

Seven Oswego village staff issues were presented by Oswego Village Planner Natalie Zine, who said the staff generally is agreeable with the project. Those issues included modifying shared parking to distinguish between residential and village hall parking, better and wider sidewalk connections to nearby amenities, special designs such as speed bumps, no on street parking, and reducing cut through traffic. Another idea was to provide increased landscaping to buffer existing homes to the north.

Possible earthen berms and a traffic study within the development were discussed by plan commission members.

Joel Justis, who lives by the site, was allowed to speak during the meeting prior to the vote. Besides parking, water aquifer depletion, population density, no sidewalks his main concern was additional traffic, road congestion, and speed. From his backyard desk observations, he noted drivers are avoiding the Rt. 31-Washington Street stoplight and cutting through the current village hall roadway. He also said too much development, including The Reserve at Hudson Crossing, will make the ability to get downtown harder.

You can listen to Mark Harrington's radio report here: