The Kendall County Board on Tuesday voted unanimously to approve a resolution supporting the Second Amendment.

The resolution says that the Kendall County Board is opposed to any legislation by the State of Illinois that would ban the possession and use of firearms that would infringe on citizen's Second Amendment right to bear arms.

There was a large crowd of supporters of the resolution at Tuesday's meeting, along with a few people who seemed to support gun control.

County board member Amy Cesich requested that a paragraph saying the board would oppose any legislation from the State of Illinois be stricken or changed to read that the board opposes unreasonable gun control measures. Both changes to the resolution were voted down three to seven with the Republicans on the board opposed and the three Democrats in favor. Democratic Board Member Robyn Vickers was in favor of both changes to the resolution, but still voted in favor of the original text.

Republican Board Member Scott Gengler says the board has taken a stance on state issues in the past.

The resolution in Kendall County is similar to others approved by county boards across Illinois supporting the Second Amendment.

You can read the resolution approved by the Kendall County Board by clicking below: 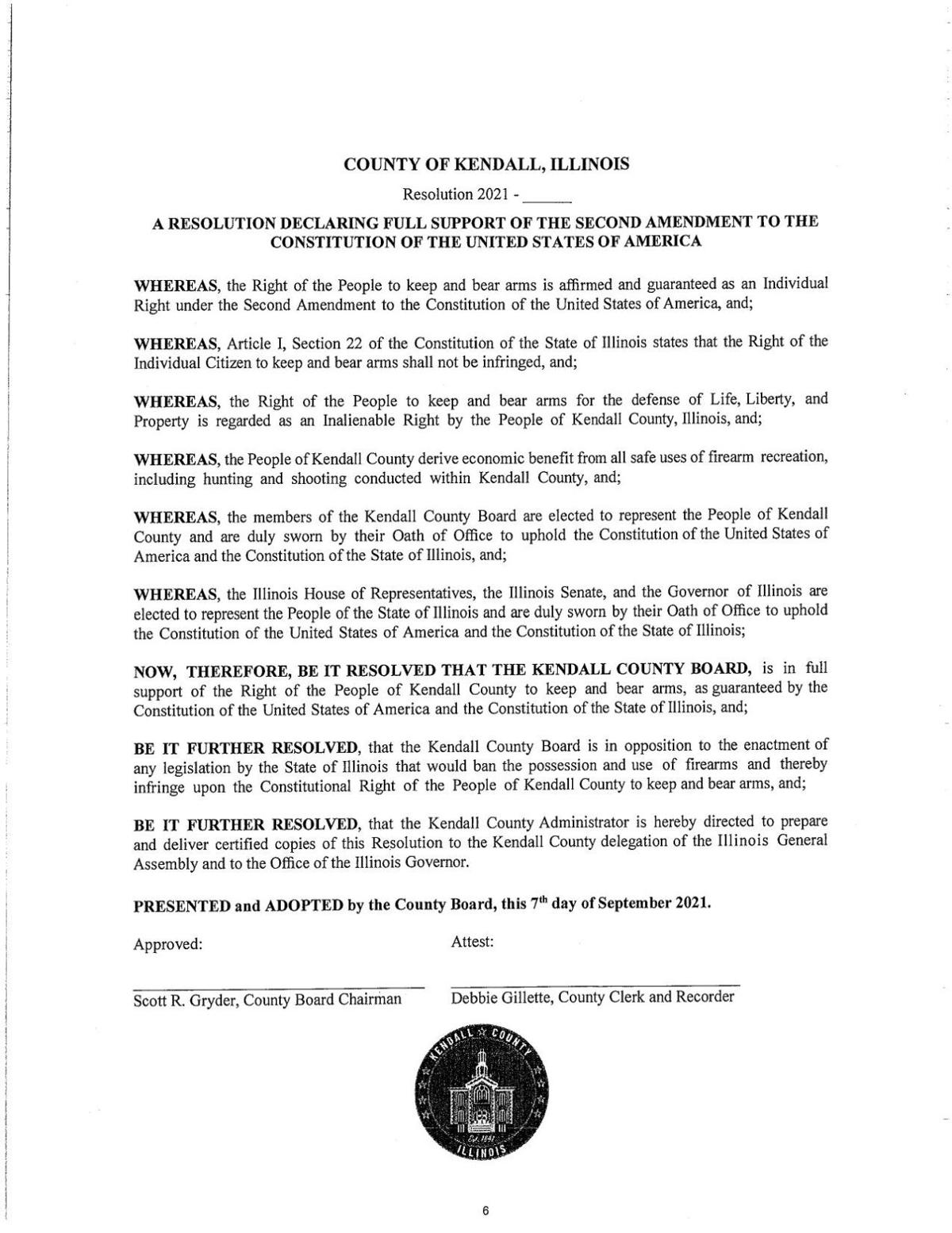