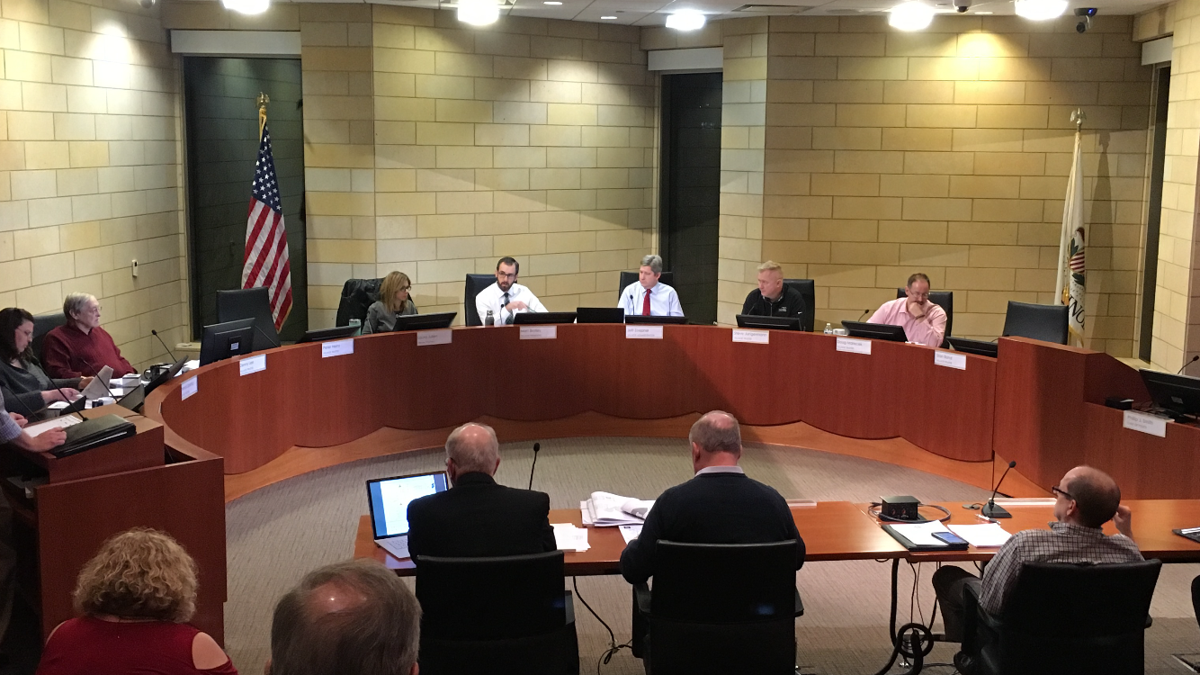 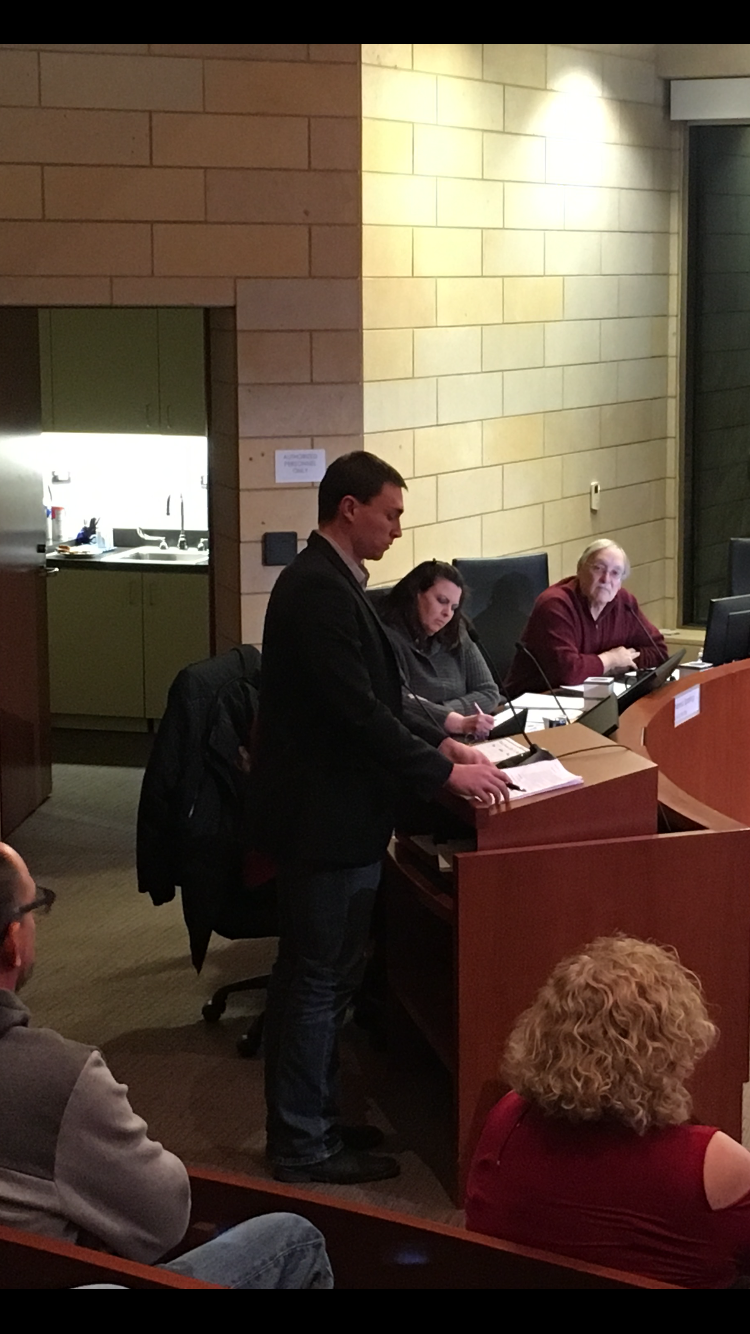 GRNE Solar CEO Eric Peterman addressed the Montgomery Village Board at their meeting on Monday night. (Photo by Kathryn Bloch)

GRNE Solar CEO Eric Peterman addressed the Montgomery Village Board at their meeting on Monday night. (Photo by Kathryn Bloch)

Montgomery Village trustees discussed a special use request proposal from GRNE Solar for a utility scale solar energy system to be located at 800 S. River St. at their meeting on Monday night.

The system, if approved and granted state funding, would generate electricity that would decrease the amount of power that the Fox Metro Water Reclamation District purchases.

The system would save Fox Metro around $160,000 annually.

Trustees only discussed the project, and did not take a vote to approve or deny the plan commission's recommendation of the special use request or the granting of the request itself.

The overall site for the project, which was acquired by Fox Metro, would be around 43 acres; around 14 acres on the south portion of the property would house the solar array.

The panels in the array are proposed to be 10 feet tall, and their wind load would be up to 100 miles per hour.

The goal of the project is to generate around 15 percent of the energy used by Fox Metro annually.

GRNE Solar CEO Eric Peterman was present at Monday night's meeting, and spoke about the project.

If funding is secured, work on the project could be started as soon as late summer of 2019.

An application for funding on the project would need to be submitted on Jan. 15 to the Illinois Power Agency for consideration.

Because of high competition for funding on solar projects in the area, a lottery system could be implemented to chose which projects are funded.

The Montgomery Village Board canceled the Dec. 18 and Dec. 26 meetings and will not meet again until Jan. 14.

Both the plan commission recommendation and the granting of the special use for the project will be back on the Jan. 14 agenda.

Fox Metro board member Chris Childress asked the board if they could vote to pass the special use request on Monday night.

Village President Matt Brolley spoke about the visibility of the project.

In other news, trustees voted 4-0 to approve the adoption of the 2018 tax levy.