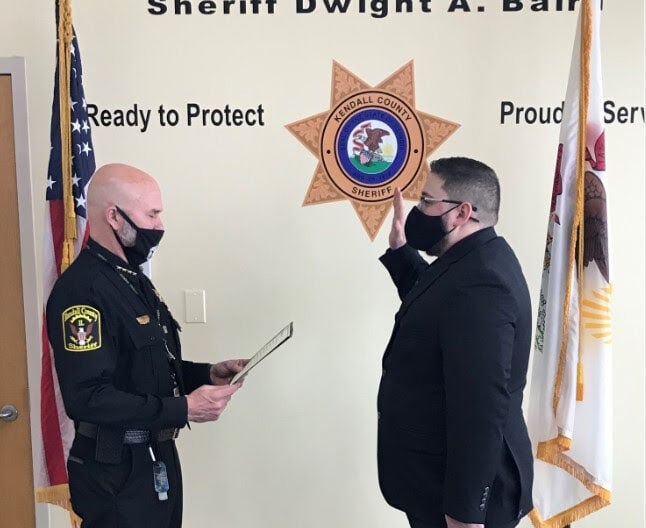 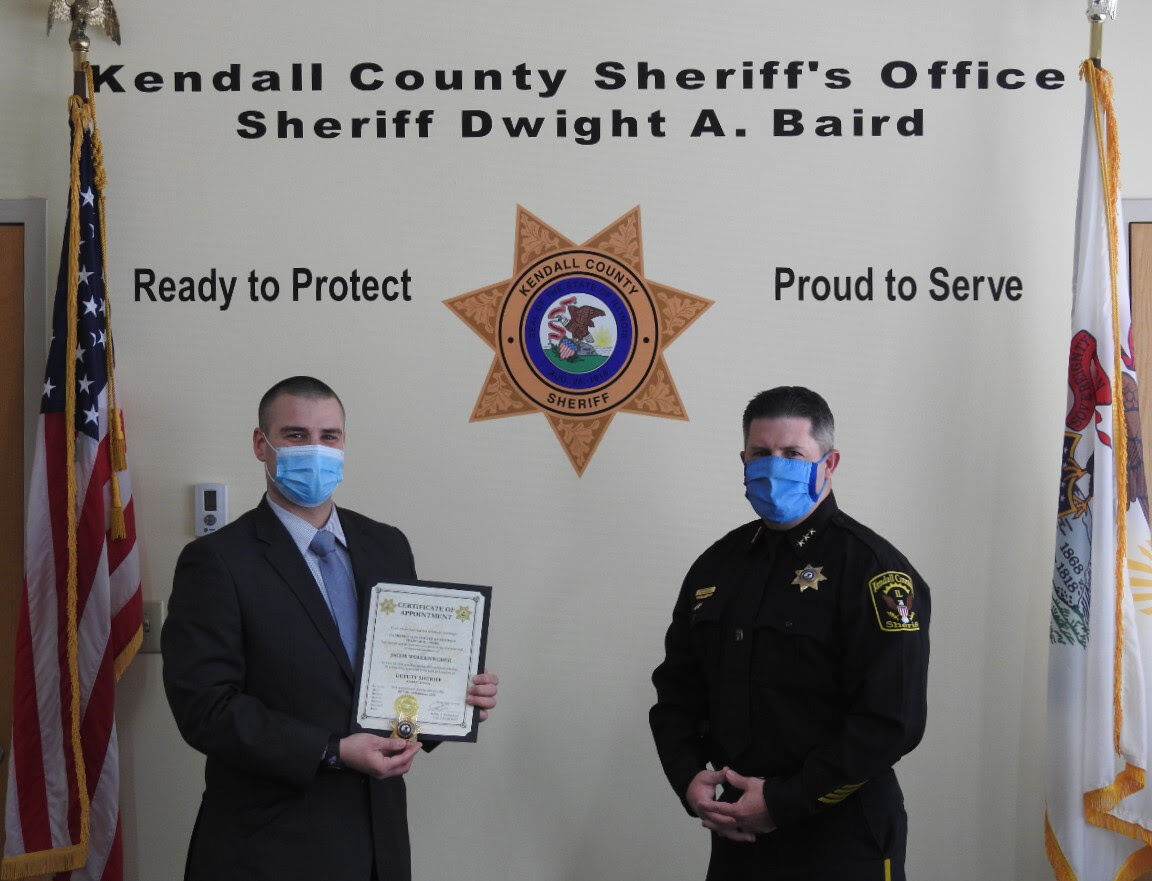 Two new Kendall County Sheriff's Deputies were recently sworn in to fill vacancies in the patrol and corrections divisions.

Deputy Tyler Giannotti served in the United States Army and recently worked as a part-time officer at the Sheridan and Somonauk police departments. He also worked as dispatcher for the KenCom Pubic Safety Dispatch Center. He was sworn in by Sheriff Dwight Baird last month.

Corrections Deputy Jacob Wollenweber served in the United State's Marine Corps. He studied at Waubonsee Community College and worked as a security therapy aid at Elgin Mental Health Center. He was sworn in last week by Undersheriff Bobby Richardson.

Both of the new hires will undergo training courses before being paired with experienced officers for a weeks long field training program.