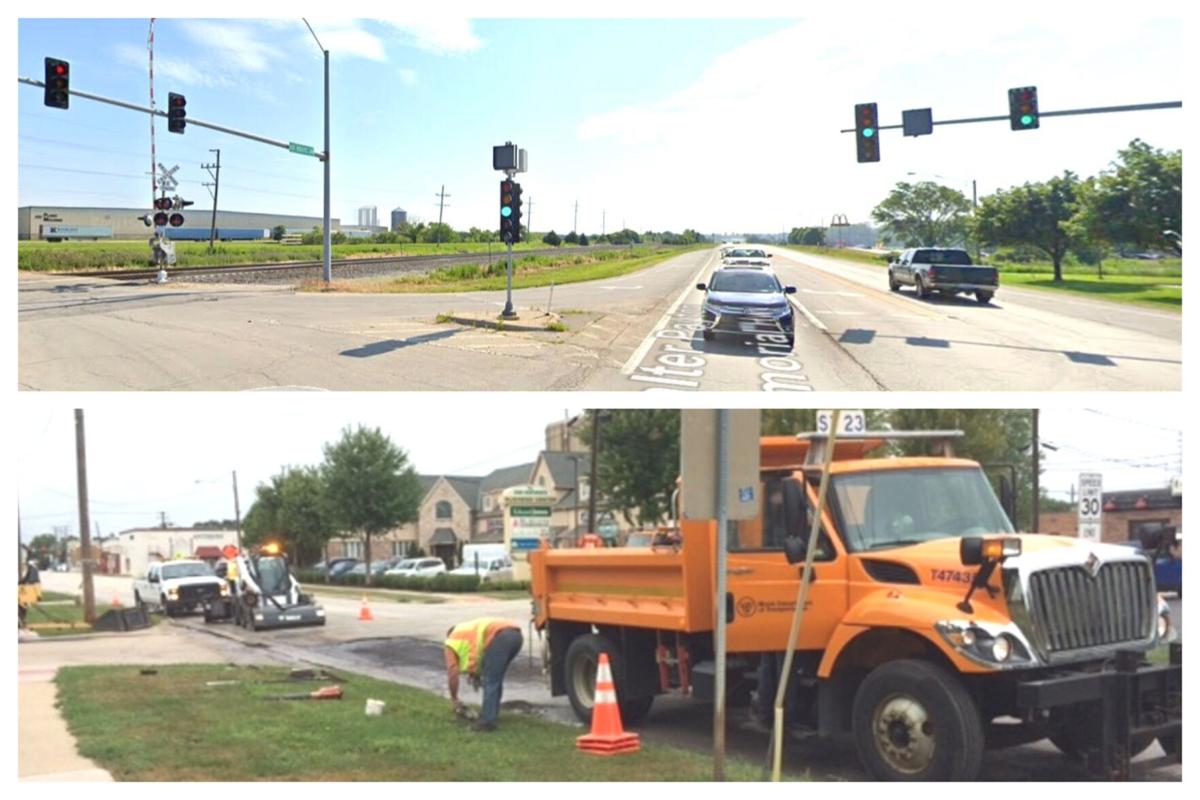 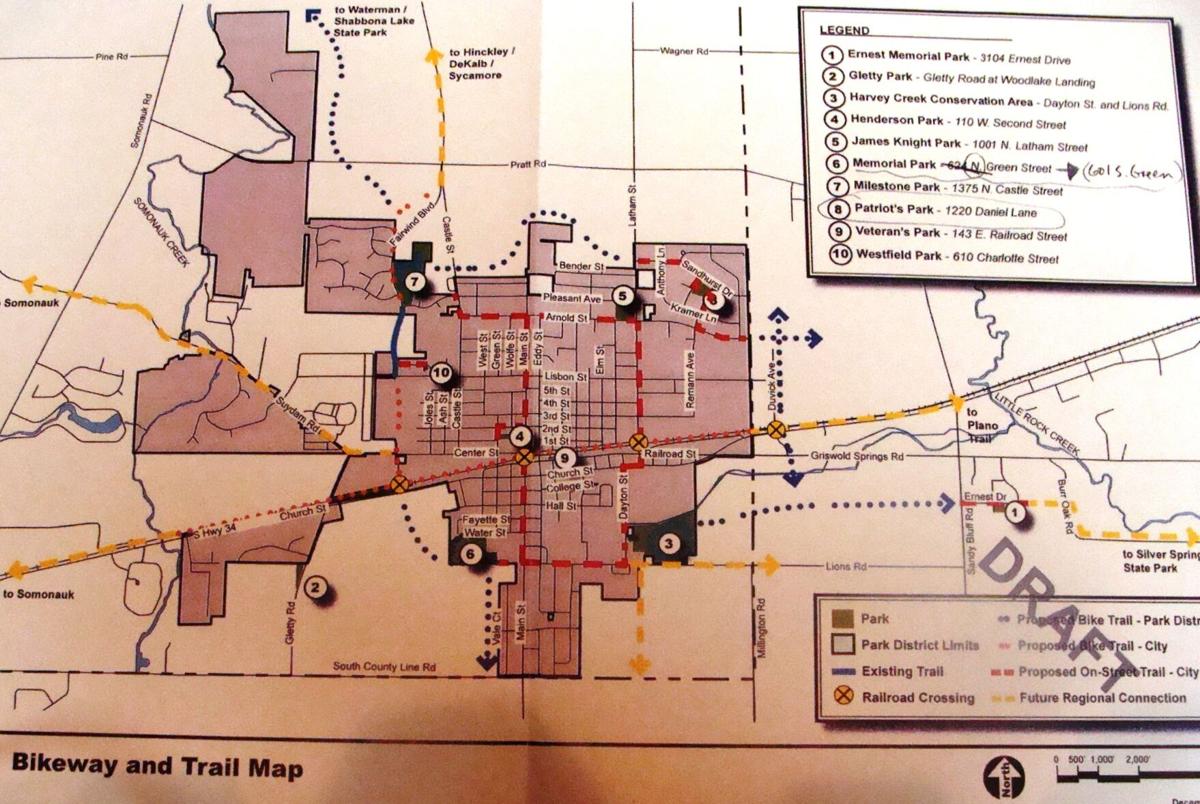 The bike and walking trail will be on the red dashes in the above graphic. (Graphic provided)

The bike and walking trail will be on the red dashes in the above graphic. (Graphic provided)

City Engineer/Public Works Director Tom Horak told the Sandwich City Council at Monday's Committee of the Whole meeting that the Illinois Dept. of Transportation (IDOT) plans to begin the Route 34 resurfacing project in March of 2022.

Mayor Todd Latham said that the city receives many complaints about the condition of the pavement on Rt. 34.

Horak said that IDOT may also install video detection systems at all eight traffic signals in Sandwich during the project.

Sandwich Mayor Todd Latham was happy about the cost savings.

In other business at last night's meeting, Mayor Latham re-introduced the idea of a bike and walking path plan to the council.

Mayor Latham said that additional funding could come from the state.

Alderwoman Rebecca Johnson liked the idea of the bike and walking path.

Rebecca Johnson on the bike and walking path plan.

The Sandwich City Council will vote at the June 16 meeting whether or not to move the bike and walking path forward to a public hearing.